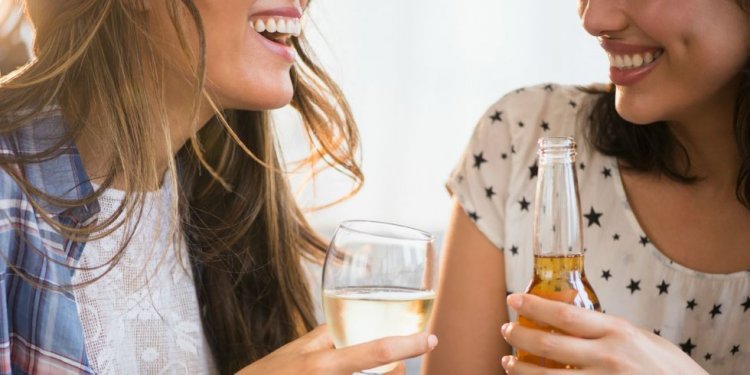 Alcohol is a risk factor for oral and other cancers, cardiovascular disease, liver cirrhosis and trauma. The risk of oral cancer is six times higher in those who drink alcohol compared to non-drinkers. Alcohol is the primary cause of liver cancer and is also a risk factor for breast cancer and colorectal cancer.

Alcohol is absorbed from the stomach into the blood stream and affects the central nervous system. Alcohol is a depressant and, in some individuals, can give rise to violent and irrational behaviour. Excessive alcohol consumption leads to liver damage, alcohol dependency, memory loss, cardiovascular disease, stomach ulcers, impotence, low birth weight babies, impaired motor skills, wrinkles and early ageing.

A standard drink in Ireland contains about 10 grams of pure alcohol. For adults, the recommended upper limits for alcohol intake are:

Some studies have shown that regular moderate alcohol consumption (up to 2 standard drinks per day) can reduce the risk of heart disease and stroke. In particular, antioxidants in red wine can be beneficial to cardiovascular health. However, the risk of oral and pharyngeal cancers tends to increase with the amount of alcohol consumed and binge drinking – more than 5 standard drinks in one session – seriously increases the harmful effects of alcohol.

Recognising that alcohol contributes to a range of health, social and behavioural problems, the National Alcohol Policy, published in 1996, aimed at encouraging moderation in drinking ( “Less is Better”) and reducing the incidence of alcoholrelated problems in Ireland. In 2002, the Strategic Task Force on Alcohol (STIFA) was established with the brief to, inter alia, “recommend specific, evidence based, measures to Government to prevent and reduce alcohol harm in Ireland”.